A range trek from Lonavala to Jambhivali, 23rd July 2017

It was early morning of Sunday, 23rd July. I was waiting at Shivajinagar railway station for  other trek mates to join for a 20 kms range trek from “Lonavala to Jambhivali”.

Lonavala, a popular hill station close to Pune and Mumbai and being a part of Sahyadri hills, it offers magnificent view of dense forest, waterfalls, dams, lakes, caves and forts.

Jambhivali, is a village near Kamshet and famous Dhak Bahiri Caves trek begins from this village.

It was raining heavily at the start of the trek itself. We reached Tungarli dam after walking 2-3 kms from Lonavala.  The view from here was simply beautiful. 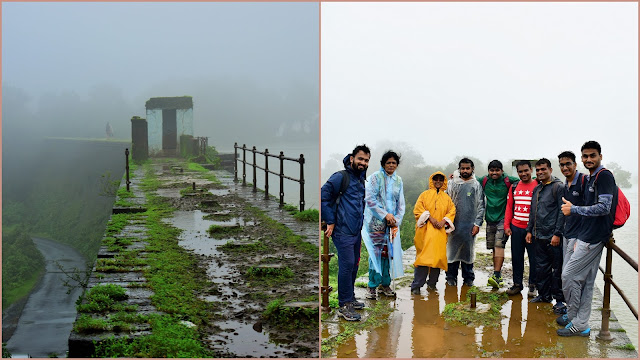 The trek route was looking simply marvelous. There were several waterfalls on both sides of the route. The hills were cloudy and foggy. There was greenery everywhere. 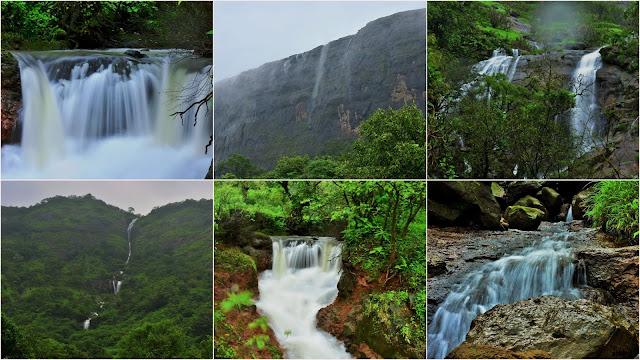 We planted some trees on the way. Sureshji, one of the trek participant, had bought “Mango and Neem” trees for planation.  Rajkumar (popularly called as RK), another trek participant, who is expert in the field suggested some good location for the plantation. 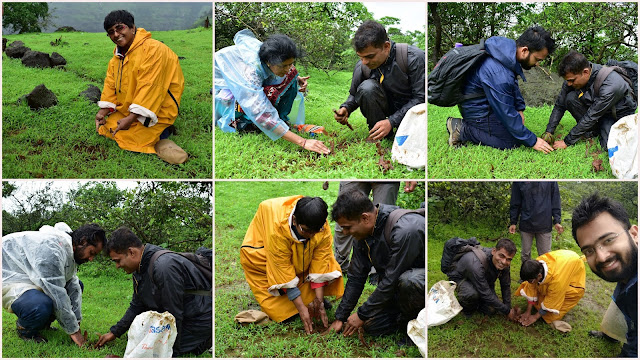 RK, who has extremely well knowledge of flora and fauna, was telling us botanical and local name of the plant/flower, their use and medicinal value. 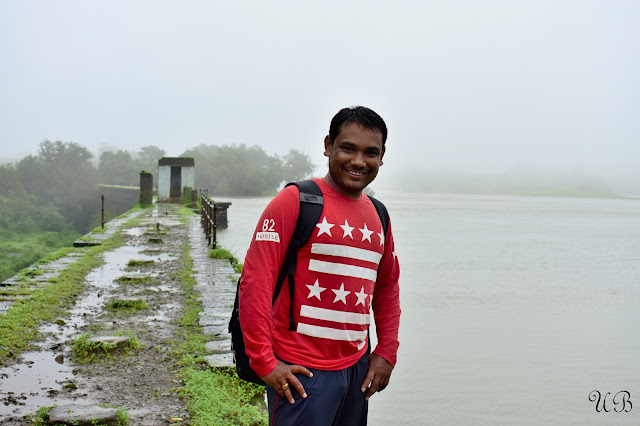 Rajmachi fort,  one of popular historical fort near Lonavala and has two twin forts, Shrivardhan and Manoranjan, was under the clouds and was invisible. 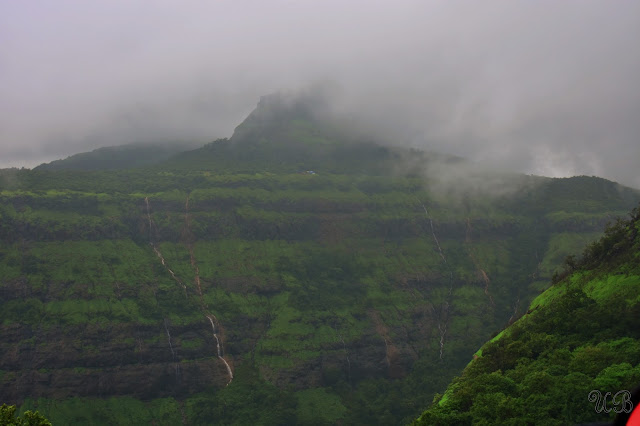 We reached Jambhivali diversion at around 1pm. 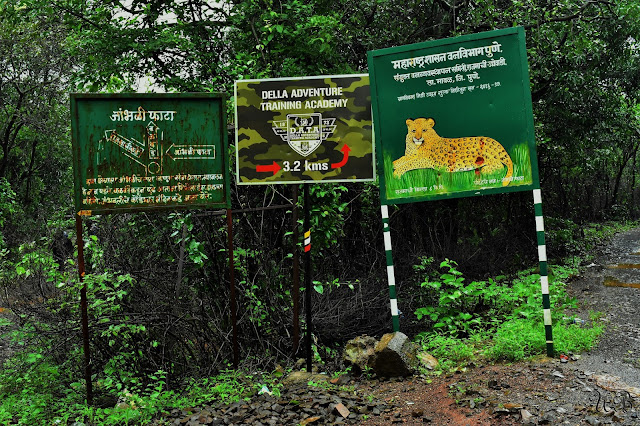 Everybody was hungry so decided to have lunch there itself. Sarika, Sureshji’s wife had given tasty Dabba for all of us . “Jawar bhakari, shengdana and jawas chatani and besan” ! Wow.. what a lovely food it was! 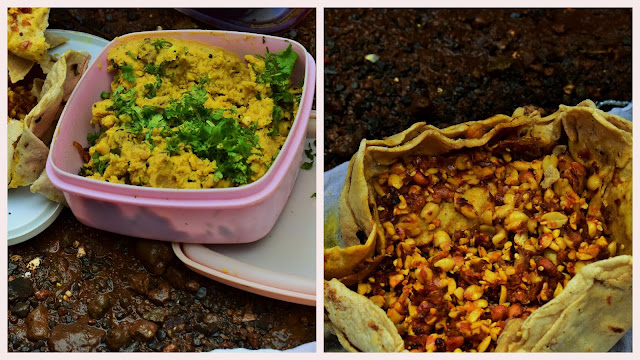 The crowd was going towards Rajmachi forts and we, true nature lover and trekker had chosen “off- beat” path towards Jambhivali. This trek path was lonely and that way seems untouched.

It was raining heavily and that made trek route muddy and slippery.

Now we reached to Valvand village. Famous Valvand dam is located here and village has got the beauty out of it. One old lady in the village said, “Ek tas lagel Jambhivalila jayala…ek dongar yengun java lagel” (you will take one hour to reach jambhivali … need to climb one hill).

This trek route from Valvand to Jambhivali was simply wonderful. The route was passing through a dense forest and was so dense that the road underneath was invisible and untraceable There were water canals on both sides of dam wall and magnificent view of milky and silky huge waterfall . The trek route I liked the most, it was very refreshing and peaceful. 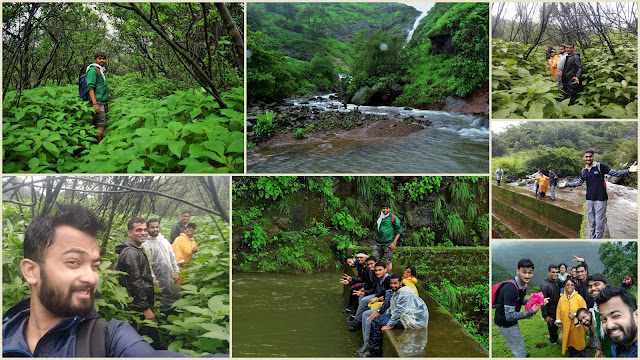 There was massive waterfall behind the Kondeshwar temple, near Jambhivali.  Boys could not resist themselves from entering into the water. 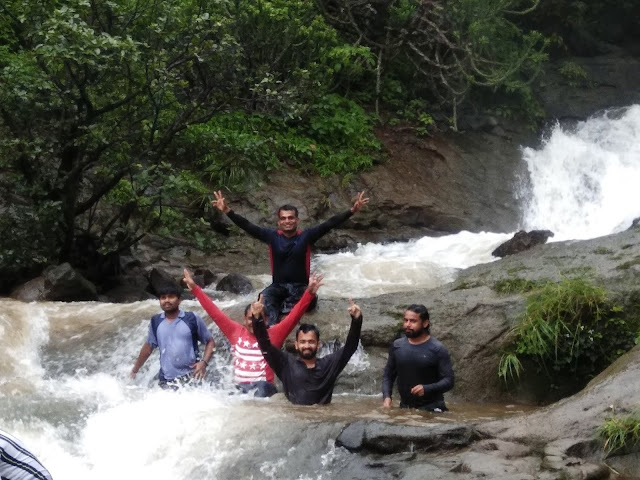 Kondeshwar temple is the temple of Lord Shiva! The water of the Kundalika river for a 3-tier waterfall here and that flows from one kund to another, hence the name “Kondeshwar”!

After completing 20kms trek and that too in a continuous heavy rain fall, finally we reached Jambhivali village at around 6pm. Had dinner and tea at Kadam kaka’s house, left the village for Lonavala around 8.15pm and reached Pune around 10.30 by local train. 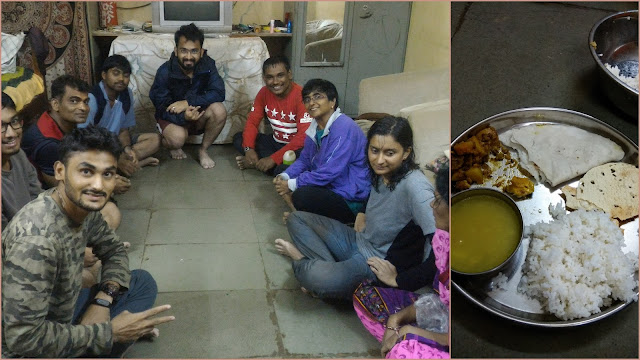 Friends. I am happy to share that this trek was organized by SG Trekkers and was dedicated to me against my Everest Base Camp (EBC) trek summit and wining a consolation prize for “Trek Blog Competition”, the competition organized by Girimitra Sammelan, Mumbai. Isn't that wonderful and amazing way of celebrating a success?
Thank you everyone! 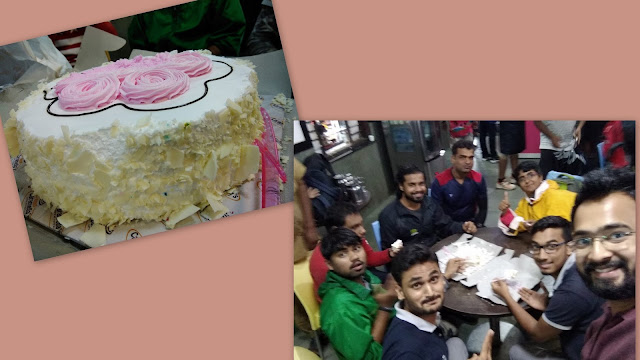 Kayakar Ben Stookesberry rightly said, “A perfect gift for anyone that loves the outdoors……is inviting them on an adventure”! 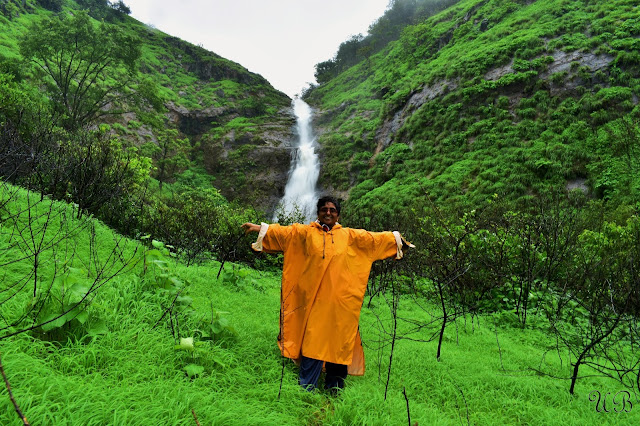 The 1st Brewhouse, one of the best beer bars in Pune serves freshly brewed fine quality beer. Wonderful atmosphere and beautiful interiors makes this beer bar a great destination to chill with friends. Book a table and get the best deals.

who why and what said...

Thanks for sharing amazing information.lvillas in lonavala 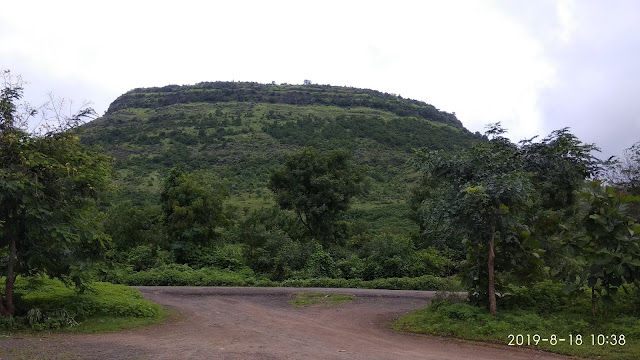